The Vedas have said this about God:

Lord Ram alone is the father, mother, brother,  well-wisher and everything for a soul.  Other than him, we have no other real relation with anybody in this world at all.  For example, millions of waves rise in the ocean but there is no relation between any two of the waves whatsoever.  One wave rises and subsides, the second one rises and subsides too, two waves rise together and end together.  It goes on like this.  But their relation with the ocean is eternal.  No wave can be separated from the ocean.  Although Shankaracharya Ji described the concept of ‘Advaita Vedanta,’ the belief that God and soul are the same, extensively in his literature, in the end he said,

“O Shri Krishna, there is no difference between you and me, but there is still some difference.  Like you often hear Opposition parties on TV  debating on news channels saying, “Yes, you are right, but…..”   If the opposition was right, then why are you debating against him.  It is just a way of speaking and appeasing, “You are right, but…..”   Similarly, Shankacharya Ji says, “There is no difference between the soul and God and yet there is some difference.”  What is this difference? Shankacharya Ji says, “I am yours, but you are not mine.”  What does that mean?

It means waves rise from the ocean. Ocean does not rise from the waves.  So waves are solely related to the ocean alone.  It is an eternal relationship, similarly, we have all our relations with Lord Ram alone.  He alone is our father, mother, brother and everything.

Tulsidas has written in one of his writings that Meera once had asked, “Please tell me what should I do, these worldly people create obstacles in my path when I do bhakti.  So Tulsidas wrote a pad (poem) answering this question :

Great saints like Prahlad, Dhruva, Braj Gopis, etc. left close family members of theirs, like father, mother, brother, and so on.  It is not possible to have exclusive love for God without discarding all these relations.  These are physical and temporary relations anyway.

For example, when we go on a train, bus, flight, etc, we meet other fellow passengers and start having conversations with them.  We pretend to care for them and ask “Where are you from? Where are you going?  What do you do?  What do your children do?” and so on and so forth, as everyone has a lot of time to kill.   Similarly, just like the co-passengers on a train’s journey, our worldly father, mother, son, wife, husband, too are the same.  They come into this world for sometime and so do we. We are ‘prisoners’ and so are they. We all met here in this world and one day, one family member’s journey will come to an end. His so-called prison sentence would be over.  He will bid goodbye to us and we will utter in disbelief, “Why are you leaving, what would I do alone? ” But this is how it works.  Whoever’s time comes, he has to leave this world.  At every train station, passengers keep leaving. Nobody feels bad about that.  It is understood that one will leave once one’s station comes.  “It was quite a fun journey with you,” we say to our fellow passengers.  But here in the world, when our father and mother or son dies, we start crying.  We also start blaming God.  Therefore, we should remember that all our relations are with Lord Ram alone.   Even the Puranas state the same thing.

God is our one and only true relation.  In fact, it is so difficult in the world to maintain relations.  One person has a mother, father, brother, spouse etc.  We have different people for different relations. One person can have about ten relationships. How difficult must it be for one person to keep all ten of his relations happy?  When Shri Krishna gave lecture to Gopis about serving their husbands and in-laws, Gopis replied, “O Shri Krishna, tell us, how can we serve so many people? How can we keep all of them happy?  Everyone has different moods at different times.

One child says he will only eat jackfruit, another says he will only eat eggplant, and the third one says he will only eat potatoes!  A poor mother is confused trying to satisfy all of them.  How long and how much money will it take for one mother to make all this food?  One child says, “Let’s go to satsang,” another one says, “let’s go to a club.”  Everyone has different sanskars.  How restless a person must be, yet somehow he is still alive.  Every person has different interests and tastes. So God says, you can make all these relationships with Me alone and you will be at peace.  You won’t have to deal with so many people and work hard at maintaining all these relations.

Collect and tie up all your relations in one place.

Love is the Supreme power.   Love can change all the rules and regulations defined in the Vedas. Love is above everything.

God is the creator of the whole universe.  There are infinite universes and this universe where we live is the smallest of all.  Brahmaji, the one who created our universe, only has 4 heads. Similarly, there are a number of Brahmas who have ten, hundred thousand and even million heads. The more the heads the Brahma has, the larger the universe he creates.  From those infinite universes, there is this small universe, where there is this small planet, Earth.  In that too, there is a small country, India and in that, a small state, UP and therein is a small village, Nandgaon.  There is a  landlord who becomes the father of the creator of infinite universes.  A king of Ayodhya city, King Dasarath becomes the  father of Lord Ram.  Lord Ram carries his father’s shoes on his head in reverence.  Love changed all the definitions of God and a devotee.  Philosophically, Lord Ram alone is our father, mother, son and everything but Kaushalya and Yasodha claim that Ram and Krishna are their sons.   Lakshman says Lord Ram is his brother. Here, Lord Ram is playing different roles for different people.  All definitions have changed.

Love has this special power that even God forgets that He is God, literally!  In spite of the fact that Love is Lord Ram’s own special power, God gets under the control of this Love.  He forgets his own personality and gets drowned in the power of Love. Such is the magnitude of Love. We should all strive for this.

(known by His devotees as Shri Maharajji)

The original title of Jagadguruttam (‘Greatest Spiritual Teacher of the World’ ) was bestowed upon Shri Kripalu Ji Maharaj on January 14, 1957 by ‘Kashi Vidvat Parishad’ (a council of 500 greatest scholars & saints of India). He composed divine texts like ‘Prem Ras Madira’, ‘Prem Ras Siddhant’ and ‘Radha Govind Geet’ to lead us on the right path of devotion. He also gave priceless monuments as gifts to the world which include  -  Bhakti Mandir located in Bhakti Dham, Mangarh,  Prem Mandir located in Vrindavan Dham, Kirti Mandir located in Barsana Dham. Shri Maharajji also built hospitals for the impoverished, the Jagadguru Kripalu Chikitsalaya in Vrindavan, Jagadguru Kripalu Chikitsalaya in Barsana and another one in Pratapgarh. All three help millions of underprivileged to gain free access to medical care. His Kindergarten, School and College for impoverished girls Jagadguru Kripalu Parishat Education is located in Kunda and provides completely free education. 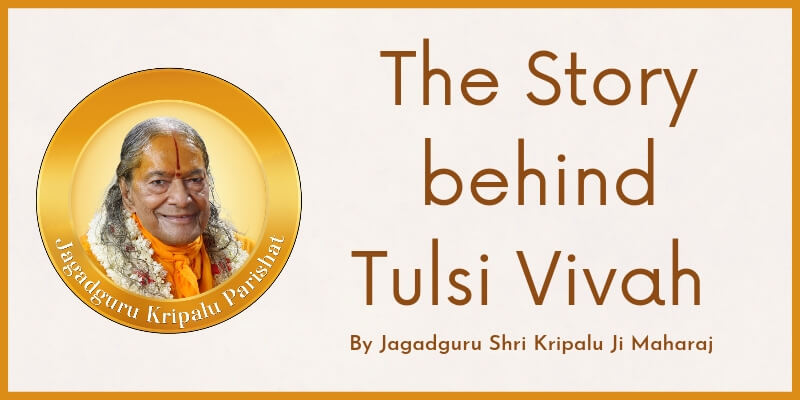 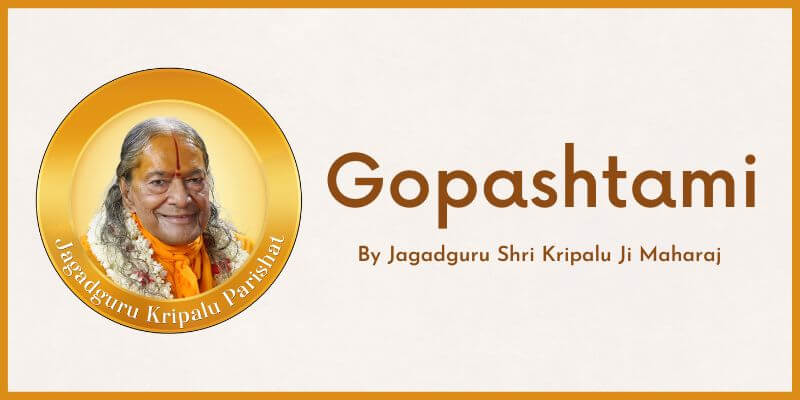 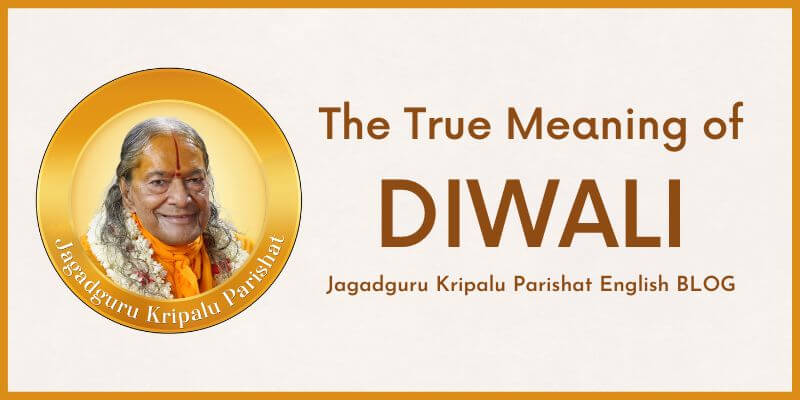 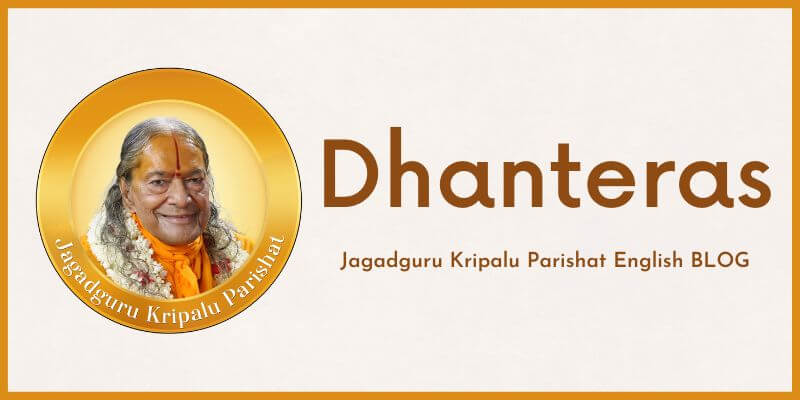