In celebrating Holi we highlight the omnipresence of God. Unfortunately, most people fail to realize the true significance of this festival, and instead just play with colors and make merry. The real aim of celebrating Holi is to follow the teachings and example of Bhakt Prahlada by developing unflinching faith in God’s omnipresence – to genuinely believe and feel that He resides in your heart and in the hearts of all living beings. We should strengthen this faith.

Prahlada was the son a demon, Hiranyakashipu. He realized God while he was still inside his mother’s womb. Narada Ji, the well-known sage had saved the wife of Hiranyakashipu from the hands of Indra, the king of celestials, and brought her to his ashram. During that time, Hiranyakashipu was elsewhere performing Tapasya and she was pregnant with Prahlada.

While in the ashram, Narada Ji gave discourses explaining the philosophy of divine love, and Prahlada, while still inside his mother’s womb, became enlightened; a mahapurusha. His father Hiranyakashipu was his exact opposite. He hated God and considered God to be his enemy because He had killed his brother, Hiranyakashya. Hiranyakashipu had taken a vow to kill God to avenge his brother’s death. He undertook penance for many years and received a special boon from Brahma, the creator, which stated
that none of his creation would be able to kill him, either during the day or night, on the earth or in the sky, by an animal, bird or human or with any weapon and so on.

Despite this boon, God finally did kill Hiranyakashipu. While doing so, God reminded him of each and every detail of the boon that he had received from Brahma. God said, “Look, Hiranyakashipu, it is neither day nor night; it is dusk. You are neither on the earth nor in the sky; you are in my lap; Look at Me, I am neither human nor animal; I am a combination of both being half-man and half-lion and now I a going to kill you using My bare hands, without the use of any weapon.” The tiny human intellect is not
even worth mentioning in comparison to Almighty God.

As this drama unfolded, Hiranyakashipu felt increasingly frustrated and told Prahlada that he could not believe that God was everywhere and it was a pure lie. He asked, “Does your God live in my palace; the house of a demon?” Prahlada answered, “Yes father, He does.” “Alright, tell me where He is right now,” shouted Hiranyakashipu. “He is everywhere. He is in every atom of this creation.” “Are you mad? It is impossible.”

Saying this, Hiranyakashipu got even more furious and said, “Is your so-called God in this pillar too?” “Yes indeed,” replied Prahlada. Then powerful Hiranyakashipu lost all control and hit the mighty pillar made of stone with his mace. The pillar came crashing down and the Supreme Lord Krishna appeared from the rubble, in a form never seen before, half-lion, half-man, the form of Nrisimha. The Lord said, “O Hiranyakashipu! Look, I am present everywhere. Nothing is dirty for Me. I even reside in your heart too. In fact, I dwell in the hearts of all individual souls including cats, dogs, demons, sinners, and every little creature. I am omnipotent and I purify the impure. No impurity has the power to make me Impure.”

All streams merging into the Ganga become the Ganga themselves; nothing can make Ganga impure. So God is omnipresent. We should all know this and have complete faith in it. From time to time we often say that God is everywhere; Allah is everywhere, but we fail to realize it. Some people think that temples, mosques, and churches hold some special significance, but,

Several other Vedic mantras have repeated the very same thing:

The Vedas declare that if a person fully accepts and realizes that God is everywhere, he need not do anything else. Such a person will reach the ultimate goal of God-realisation instantly. In other words, God will reveal Himself to that person immediately and he will come face-to-face with God at that very moment. Proof of this lies in the personal example of Bhakta Prahlada. It is in his loving memory that we celebrate this festival of Holi.

Enraged at his son’s undeviating devotion towards the Lord, Hiranyakashipu tried his level best to kill Prahlada, but completely failed. Prahlada was starved, poisoned, cursed by spells, beaten by fiends, stomped by elephants, encaged among virulent pythons, hurled from mountain peaks, attacked with stones, fires and blizzards. Despite all of Hiranyakashipu’s attempts, Prahlada remained untouched.
Hiranyakashipu felt extremely frustrated seeing the futility of all his attempts.

Bhakta Prahlada had such strong faith in the omnipresence of God that God Himself was left with no choice other than to protect Him at all costs. Whatever resources were deployed to kill Prahlada, he only saw the presence of God in each one of them.

We must therefore practice feeling the presence of God everywhere, exactly in the same manner as we feel that God is always present in this divine abode, Goloka. There is absolutely no difference between
the Shri Krishna in Goloka and the Shri Krishna residing within every particle. He is equally present everywhere with all His powers. The cannot be any fractions of God. It is only because of this fact that Prahlada was protected by God in every adverse situation.

Holi also signifies and gives prominence to the victory of bhakti over evil. One should not forget that the demon Hiranyakashipu was such a great tapasvi that even celestial gods could not withstand the yogic power and might of his austere penance. However, he had to accept total defeat in front of the power of bhakti. The story of Prahlada proves that bhakti stands on the highest pedestal in God’s kingdom. It is infinite times more powerful than jnana, yoga, and karma.

Therefore, this day is the celebration of the supremacy of bhakti or devotion. Everyone celebrates in his own unique way, but we should not lose sight of the real significance of this festival. Just as Prahlada felt the presence of God in each and every particle of this world, in the same way we too should feel the presence of God and Guru within us, and everywhere around us, at all times.

In Bhakti Dham, we celebrate this festival by singing the glories of God’s names, forms, attributes, abodes, and devotees. In between the sankirtan sessions, we listen to discourses of our beloved master to strengthen spiritual knowledge focused on selfless exclusive devotion to Lord Krishna. Prahlada taught this very same bhakti to the children of demons. Every year on this occasion, a ten-day sadhana program is conducted at Bhakti Dham attended by a large number of devotees from across India and the world. 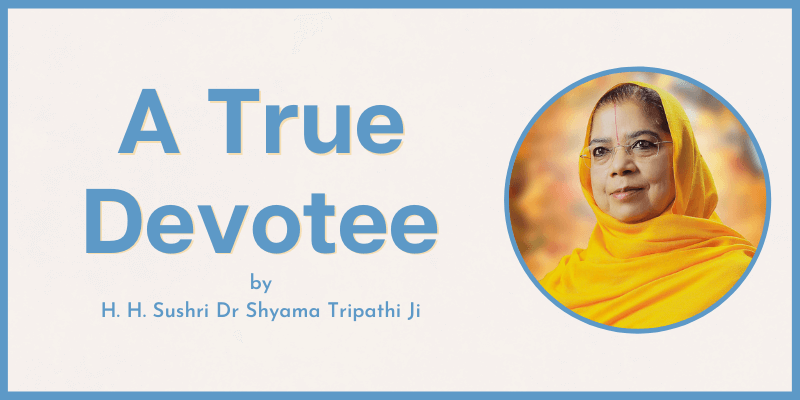 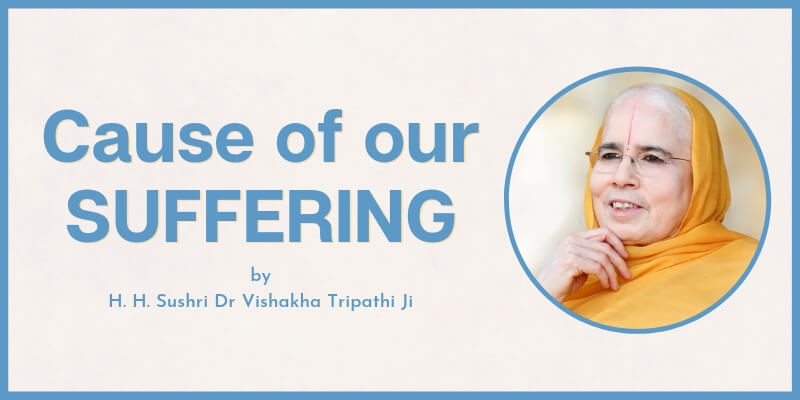 Cause of Our Suffering 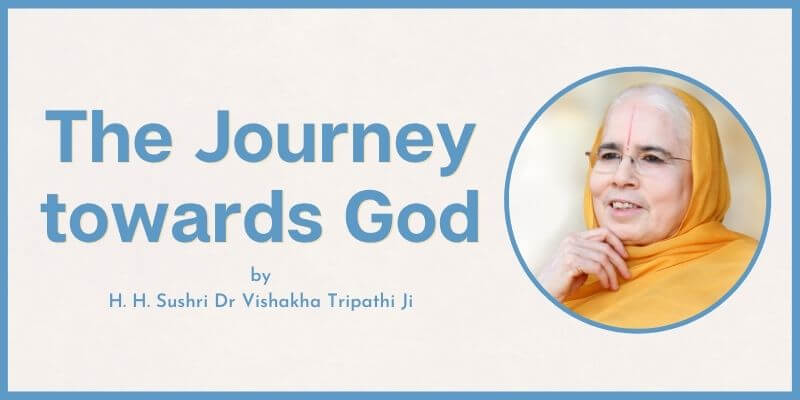 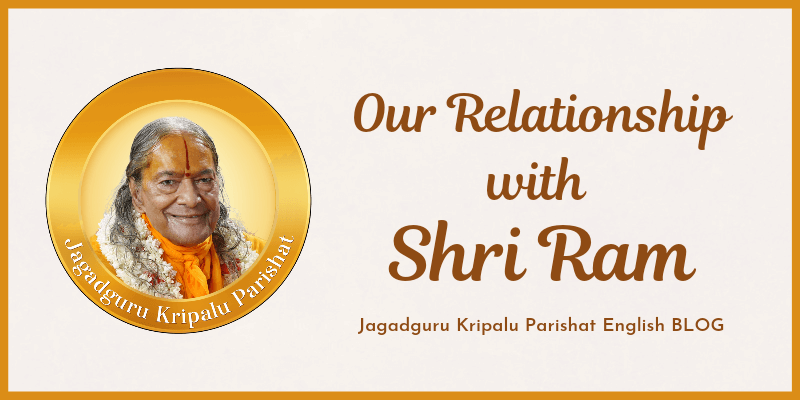